Many artists have drawn inspiration from the seashore. With the arrival of the Jerwood Gallery to the Stade in Hastings, the beach is now not only subject matter for artists but also a venue for art. Local artist Katherine Reekie has produced a series of surreal images in response to the concept of art physically being on the beach.
This new collection of work depicts the imagined visit to the Stade by recognisable characters from the world’s great art collections. The likes of Bruegel’s hunters wearily return across the shingle, whilst Lautrec’s Parisians loiter around a promenade shelter. Katherine has created a strange world where the imagined inhabits the real, emphasising the fine line between the two. 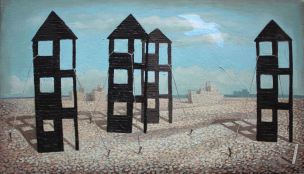 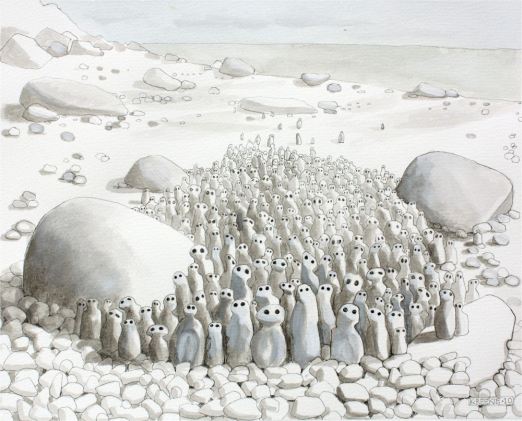 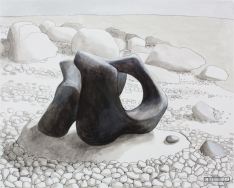 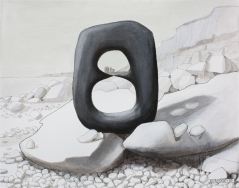